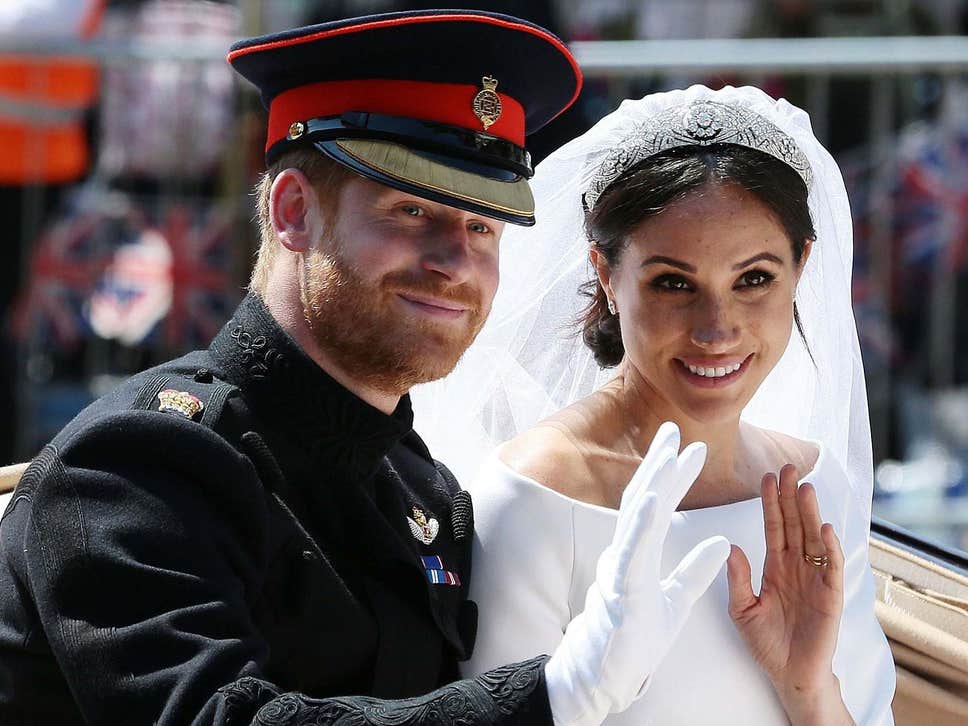 The chilled air, packed with loads of disbelief and disappointment could be felt much further from away from the United Kingdom yesterday, when the shocking news coming from The Duke and Duchess of Sussex AKA Prince Harry and his wife and baby Archie mama, Meghan Markle hit the stratosphere.

“After many months of reflection and internal discussions, we have chosen to make a transition this year in starting to carve out a progressive new role within this institution. We intend to step back as ‘senior’ members of the Royal Family and work to become financially independent, while continuing to fully support Her Majesty The Queen,” reads the main part of the statement that the (now, sorta, ex, we guess?!) royal couple shared with the planet. They kinda broke the news to everyone at once, neglecting to give the other members of the Royal clan a heads up, which, needless to say, didn’t really sit well with them. Or, it seems, with a whoooleee lot of folks out there who are largely blaming Markle for rockin’ the (royal) boat yet again — though this time, it’s not small potatoes. This is a pretty drastic shake-up and one that is bound to deliver some aftershocks.

‘Devastated,’ ‘Shocked,’ ‘Downright furious,’ are just some of the feelings that are being reported out of the the royal palace, after the family was complete blindsided by the Sussex’ decision to leave their posts and dramatically change their roles within the family as they “carve out” a new and different future for themselves.

What does this all really mean, you may wonder?

Well, for one, the speculation of all the strife among Harry and William and really, Harry and pretty much his entire fam, closely following Meghan’s addition to the family, is no longer a speculation. It appears as though all the smoke was really pointing to a fair amount of flame that had sparked up and this clear and to-the-point move to step back from it all and essentially, leave the family in a certain way, speaks miles.

They’re not big fans of each other and whether this is all (or mostly) Meghan’s influence, it is evident that Prince Harry is fully onboard.

The couple, plus baby Archie, of course, outlined that part of their new plans will have them split their living arrangements between the UK and North America. No major surprise here, since Meghan is a) American and b) deeply not into the treatment she’d been getting in the UK, as noted most poignantly in the near-tear-bursting moment in a recent ITV documentary where she was clearly over it all.

The couple has said to have ‘secretly plotted’ this decision during their recent prolonged stay in Canada – which, those in the know are increasingly mentioning as the most likely place where they could be making the move to. As a reminder, in her most recent pre-Harry years, Markle was based in Toronto, while working on Suits. Her best friend and closest confidant, Jessica Mulroney, lives there with her family.

While being heavily hit by her grandson’s betrayal-y decision, the Queen herself is, well, we can only assume, super, mega hurt/ticked off by all of this. The official statement from Buckingham Palace, seems to be hiding a lot of those sentiments in the “between-the-lines” sense, noting that ‘Discussions with the Duke and Duchess of Sussex are at an early stage. We understand their desire to take a different approach, but these are complicated issues that will take time to work though.’

Sounds like gradma is not amused and would give naughty boy Harry a great big time out (if not more!) right about now…if she could.

We can’t blame her, honestly, since, in all fairness, this does seem pretty unfair, as royal watchers are pointing out, that Harry and Meghan had been getting quite the royal treatment (gasp!) since taking up their post.

‘People had bent over backwards for them. They were given the wedding they wanted, the house they wanted, the office they wanted, the money they wanted, the staff they wanted, the tours they wanted and had the backing of their family. What more did they want?’ an aide has said of the situation, painting a pretty clear picture of what others have also called “awkward and childish” behavior, when talking about the fact that Harry and Meghan had been increasingly refusing to work alongside other members of the Royal Family.

This news was slightly foreshadowed by Harry and Maghen’s split from charity work with Prince William and Kate Middleton several months ago, only to be reiterated by their decision to spend Christmas with Meghan’s mom Doria Ragland, instead of the Queen and the rest of the royals – another very ballsy move on their part. And a strong message of not being into the whole ‘happy royal family’ vibe.

Among many other questions on what this new reality will look like for the Sussex couple, their notion of wanting to be “financially independent” is also raising speculation on how precisely they will go about achieving this goal. Something tells us that they won’t be in great trouble with their finances (though, let’s never forget Fergie!) though it will be titillating to observe just how they go about earning on their own devices. Perhaps Meghan’s acting days are not in fact over!?