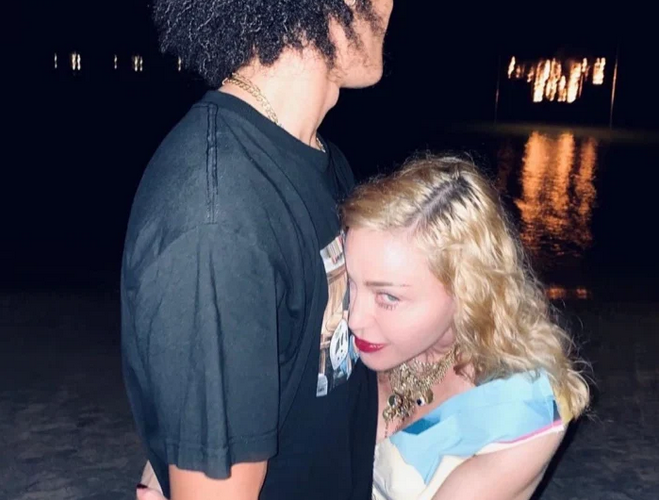 We’ve already established that age ain’t nothing but a number. Also, romantic relationships can and do work with a substantial age difference between partners. Plus, the all-time truest truth bomb of them all: Love is Love.

Now that we have that out of the way, multiply all of this by about a thousand and we got you right where we want you: ready to learn about Madonna and her rumored boyfriend, 26-year-old dancer-choreographer, Ahlamalik Williams.

The Material Girl rang in her 62nd birthday a few days ago, partying it up in Jamaica with her dearest and nearest: namely, her children and Williams, who has been a constant fixture in her life at least two years, according to sources.

Reportedly, her Madgesty originally met her 36-year-junior beau back in 2015, when the talented dancer auditioned for her Rebel Heart tour. We should think he blew that audition out of the park, as he’s been her backup dancer ever since, which likely lead to a romantic relationship.

“Love has no age. My son is livin’ la vida loca, and I’m just happy for him.”

Is it just us, or has the “Vogue” singer never seemed happier?

Alright, so, it may be a slight overexageration on of our overly romanticized brains and granted, she has been around for a while and we have all witness her many-a-public affair over the past four decades or so.

Still, this one does have an extra special vibe to it – and we’re sticking to it!

Seeing the Queen of Pop this giddy and inspired in an almost teenager-first-live kind of trance is giving us the tingles. We’re beyond here for it and hope that this relationship keeps on flourishing.

The loved up duo has faced some tough breaks as well.

Madonna has been dealing with some injuries, which resulted in her having to cancel a number of her Madam X tour shows – until the tour ultimately ended due to the COVID-19 pandemic.

The singer revealed in May that she tested positive for coronavirus antibodies, adding that she and some of the other artists that were a part of her Madame X tour that was making its rounds around the world earlier in the year, experienced flu-like symptoms.

“I was sick at the end of my tour in Paris over 7 weeks ago along with many other artists in my show but at the time,” said Madonna as part of an Instagram post. ” We all thought we had a very bad flu. Thank God we are all healthy and well now.”

The mother of 6 – Lourdes, 23, Rocco, 20, Mercy, 14, David, 14 and twins Stelle and Estere, 7, seems to be taking care of her health while enjoying a supercharged romance and we are here for it.

Could a love-infused, revolutionary new album be on the horizon?

We’re not begging, you are!