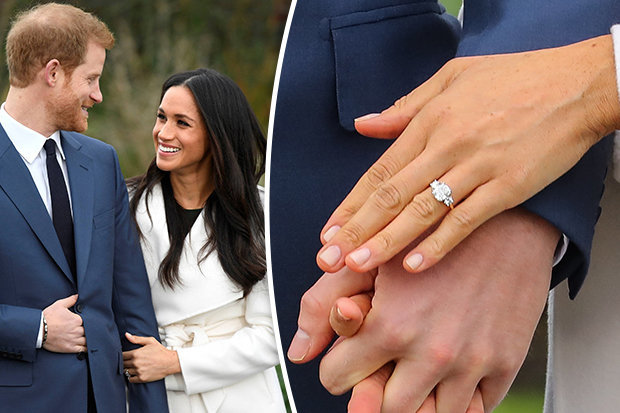 Markle, 36, a Los Angeles native, was born to an African-American mother and Caucasian father, which not only makes her proudly biracial, but also greatly contributes to her divine appearance.  In a personal essay she wrote in honor of Martin Luther King Jr. Day, for her now-defunct lifestyle website, The Tig, she reflected on her family’s history with discrimination.

“It makes me wonder what my parents experienced as a mixed race couple,” she wrote. “It echoes the time my mom and I were leaving a concert at The Hollywood Bowl, and a woman called her the ‘N’ word because she was taking too long to pull out of the parking spot. I remember how hot my skin felt. How it scorched the air around me.”

It’s her mother, Doria Radlan, that Markle credits for infecting her with a global citizen attitude from a young age, with frequent travel to remote places around the globe, which often opened her eyes to poverty and anything-but-posh realities.

In 2016, she began work as the Global Ambassador for World Vision Canada, traveling to Rwanda for the Clean Water Campaign and also presented at United Nations Headquarters for the HeforShe Gender Equality Campaign, among other initiatives.

Admittedly the antithesis of a “lady who lunches,” Markle has made a point of her humanitarian actions speaking louder than words, noting that “this type of work is what feeds my soul, and fuels my purpose. The degree to which I can do that both on and off camera is a direct perk of my job.”

Coupled with her passion for giving back and helping those in need, Markle put some of her other interests on global display when she created a lifestyle website, The Tig, covering topics like food, fashion and beauty. In early April 2017, Markle ended her three-year-long cyber adventure, by saying goodbye to the site, which she called a “passion project,” but not without leaving her followers with a motivational farewell letter, with a poignant message: “Above all, don’t ever forget your worth – as I’ve told you time and time again: you, my sweet friend, you are enough. Thank you for everything.”